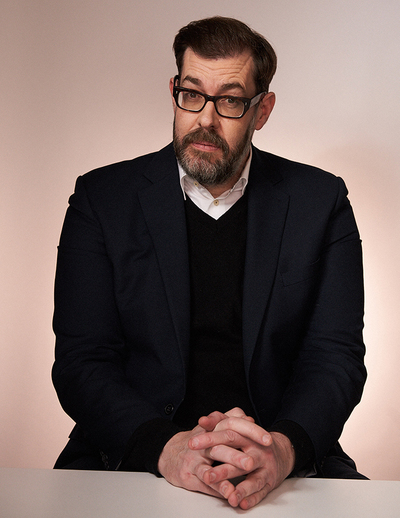 WE SOLVE MURDERS is the new series from The Sunday Times, New York Times, and international bestselling author Richard Osman. It follows a father and daughter-in-law duo who run their own private investigation company which takes them around the world, solving mysteries that nobody else can.

• The Thursday Murder Club has sold over 4,500,000 copies in the UK alone since publication in September 2020, and over 5,600,000 worldwide.
• The Man Who Died Twice is officially one of the fastest-selling novels since records began, with over 100,000 copies sold in its first week in the UK. Only 3 novels have ever sold more.
• The Bullet That Missed is now the fastest selling UK hardback since BookScan records began. Penguin Random House’s most pre-ordered audiobook of all time.

Richard Osman is a creative director for Endemol UK. He has worked as an executive producer on numerous shows. Richard’s debut novel The Thursday Murder Club has been published in over 40 territories and has spent as many weeks as #1 on the Sunday Times Bestseller List in the UK. He became a New York Times bestseller, has been nominated for an Edgar Award in the US, and is also an international bestseller in Sweden, Iceland, and Germany.

A new mystery is afoot in the third book in the Thursday Murder Club series from record-breaking, bestselling author Richard Osman..

THE BULLET THAT MISSED
by Richard Osman
Viking UK / Pamela Dorman US, September 2022
(via Mushens Entertainment)

It is an ordinary Thursday, and things should finally be getting back to normal. But trouble is never far away, as The Thursday Murder Club encounter a local news legend on the hunt for a killer headline. They soon find themselves hot on the trail of two murders, ten years apart. To make matters worse, a new nemesis pays Elizabeth a visit – and tasks her with a deadly mission she can’t refuse. To kill or be killed. While Elizabeth grapples with her conscience (and a gun), the mystery unfolds amongst a cast of TV stars, money launderers and ex-KGB colonels. Can the gang, and their unlikely new friends, solve the murders and save Elizabeth before the killer strikes one final time?

Richard Osman is an author, producer, television presenter, and a creative director for Endemol UK. He has worked as an executive producer on numerous shows. His first two novels, The Thursday Murder Club, and The Man Who Died Twice were multi-million-copy number one bestsellers around the world. He became a New York Times bestseller and has been nominated for an Edgar Award in the US. He lives in London with his partner and Liesl the cat.