In WALKING WITH THE MOON, science journalist Rebecca Boyle explores the cultural and scientific history of the Moon and discovers that far from being a lifeless ornament of the sky, the Moon holds the answers to some of our most fundamental questions—from the origins of the Earth and the genesis of life to the nature of time itself.

WALKING WITH THE MOON:
Uncovering the Secrets It Holds to Our Past and Our Future
by Rebecca Boyle
Random House, August 2021
(chez DeFiore and Co.) 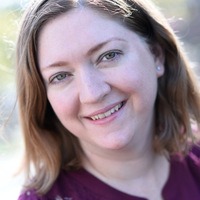 The Moon is our constant companion. It has been watching over us since before there was an “us.” From our earliest beginnings, we have worshipped the moon, used it to mark our days, depended on its predictability to grow our crops and follow migrating herds, and looked to it for artistic and spiritual inspiration. The Moon has played many roles in our lives, and now it is ready to tell us all it knows.
In WALKING WITH THE MOON, award-winning science journalist Rebecca Boyle traces our relationship with the Moon over the centuries and explores the latest scientific findings into what the Moon can now tell us about Earth’s origins and its future. As we prepare to return to the Moon, it is more important than ever to take a closer look at this still mysterious neighbor of ours.
No other book has delved into the cultural and scientific history of the Moon. A subject with truly global appeal, WALKING WITH THE MOON is for readers who enjoy single-subject works such as Yuval Noah Harari’s Sapiens and David George Haskell’s The Songs of Trees.

Rebecca Boyle is a contributing writer for The Atlantic, a frequent contributor at FiveThirtyEight, and a freelance journalist whose work has been published in the New York Times, Wired, Aeon, Quanta, Popular Science, The New Yorker, and Scientific American. Boyle was a 2011 Ocean Science Journalism fellow at the Woods Hole Oceanographic Institution in Woods Hole, Massachusetts, and a 2013 journalism fellow at the National Center for Atmospheric Research in Boulder, Colorado. This is her first book.